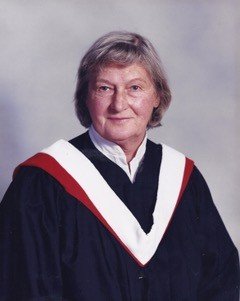 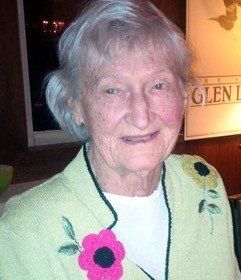 Please share a memory of Erika to include in a keepsake book for family and friends.
View Tribute Book

She’s had a wonderful life.

The family of Erika Maria Cronin is greatly saddened to announce her passing on November 11, 2020, at the age of 97, after a short illness.

Born in Uherske Hradiste, Czechoslovakia, on January 12, 1923, of Austrian heritage, to Karl and Maria (nee Novotny) Stieber, Erika’s childhood was spent briefly in Czechoslovakia but mainly in England and Ireland. Sent to finishing school in Germany, she and her brother John (Helmut) were trapped there with the onset of World War Two, where they both had many adventures but were also subjected to the terrifying realities of war.

Post war, Erika returned to Ireland, where she met and married John Finian Cronin, and the pair emigrated, traveling to Canada to seek their fortunes, and settling in Grimsby in 1956. Erika was both housewife and working woman, a secretary at Grimsby Linen and then Parker-Hannifin.

Over her lifetime she belonged to myriad groups, from Good Neighbours to The Grimsby Tennis Club, the Bruce Trail Club and Craft Guild, and had many, many good friends.

Erika is predeceased by her husband John (Jack) in 2014, by her parents and by her brother, John. She is survived by her daughter, Katherine (Hamish Wilson), in New Zealand, son Peter (Margaret) in Grimsby, grandchildren Christopher, Brennan, Peter, Ronald and Erica, by several great-grandchildren, and by many beloved nieces, nephews and their children.

The family thanks the staff of Lincoln Park Retirement Home, the nurses, front-line staff and doctors at West Lincoln Memorial Hospital and at St. Catharines General for their empathy and excellent care, and especially her PSW and friend Gail Visschedyk whose loving attention made her final years pleasant, interesting and joyful.

Merritt Funeral Home in Smithville has been entrusted with final arrangements. As per her wishes, Erika will be cremated and her remains will be interred alongside those of her husband at the Mountain Cemetery in Grimsby.

Share Your Memory of
Erika
Upload Your Memory View All Memories
Be the first to upload a memory!
Share A Memory