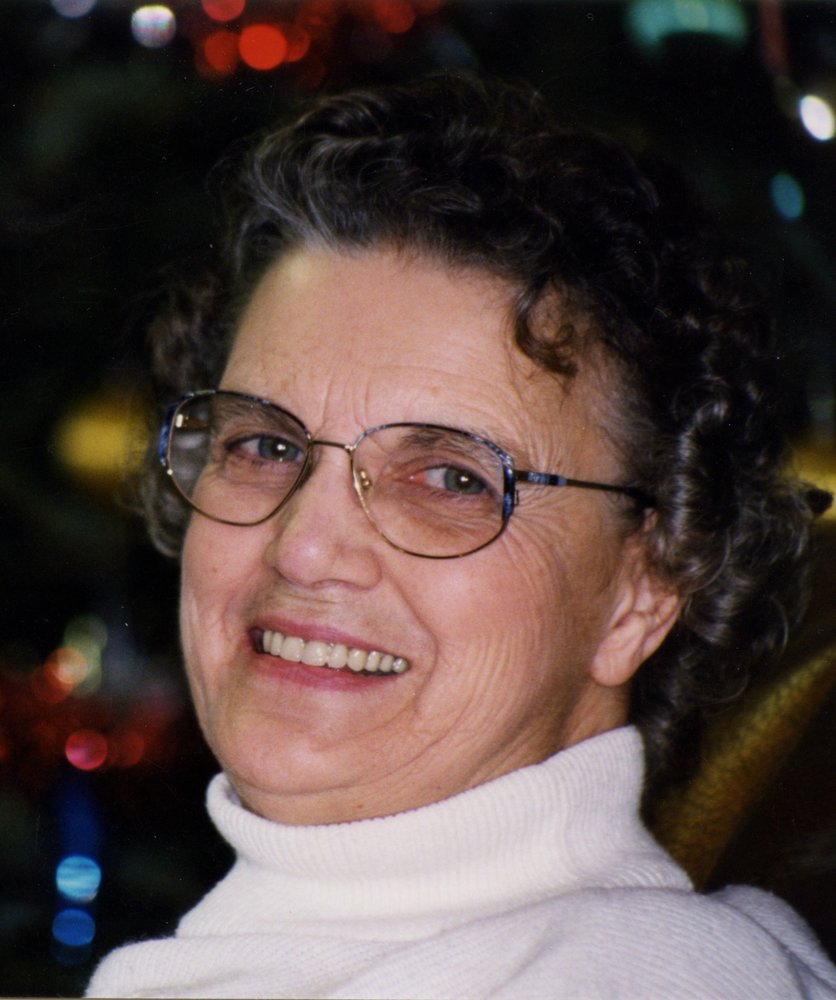 Please share a memory of Ruth to include in a keepsake book for family and friends.
View Tribute Book

With mixed emotions of sorrow and rejoicing, Ruth's family announces her passing in her 91st year.  Ruth was surrounded by love and prayers as she passed peacefully into the arms of her Lord on January 2, 2021.

Ruth was born in Hamilton, Ontario on November 9, 1930, the daughter of Donald and Alice Collumbell, sister of Grace and Donna (deceased).  Ruth was a member of the Salvation Army Church, as was a handsome young man by the name of Frank Merritt.  Ruth was married to Frank on November 10, 1948 and through this union was blessed with six children.  The happy couple resided in Smithville, Ontario until 1977 when they moved to Charlton, in northern Ontario.  Tragically, Ruth lost Frank in an automobile accident in 1980.

Ruth was a devoted wife and mother dedicating herself to caring for her family, being there for friends and neighbours in time of need and always putting her faith in God at the forefront of her life.  After losing Frank, Ruth persevered and continued to busy herself with Church functions, quilting, and continuing to be there for her children as her family continued to grow.

Ruth returned to southern Ontario in 2015 residing at Deer Park Suites in Grimsby until February of 2020 when she moved to Shalom Manor, also in Grimsby.  Although her time at Shalom Manor was short, the staff soon were drawn in by Ruth's good nature, love of music and devotion to her faith.  In their words, "Ruth always has a smile to share!  Her sweet and gentle nature draws people to her."

Ruth has been truly loved, admired, and respected by all who have been fortunate enough to cross her path in life.  Ruth will be lovingly remembered by her six children Don (Jane), Karl (Beverley), Fred (Rose), Joe (Cathy), Janice (Mark Coombs), and Frances (Kevin Pratt); her six step-daughters and their spouses, as well as numerous devoted grandchildren and great-grandchildren.  Predeceased by three grandchildren.  Ruth will also be remembered by nieces, nephews, cousins, friends and neighbours, all of who have fond memories of a very special lady.  Her sense of humour, beautiful smile and love of music will always remain in the hearts and minds of those who knew her.  Her love of music was so prevalent that, on Ruth's passing, a nurse from Shalom Manor commented "Ruth is now singing in Heaven's choir."  Due to CoVid restrictions, a private service will be held at Merritt Funeral Home, Smithville with interment at Kimbo Cemetery, Smithville.  In lieu of flowers, the family would appreciate donations to Shalom Manor or Faith Mission Canada.

We weep because we'll miss you.

We rejoice because we know we'll meet again.