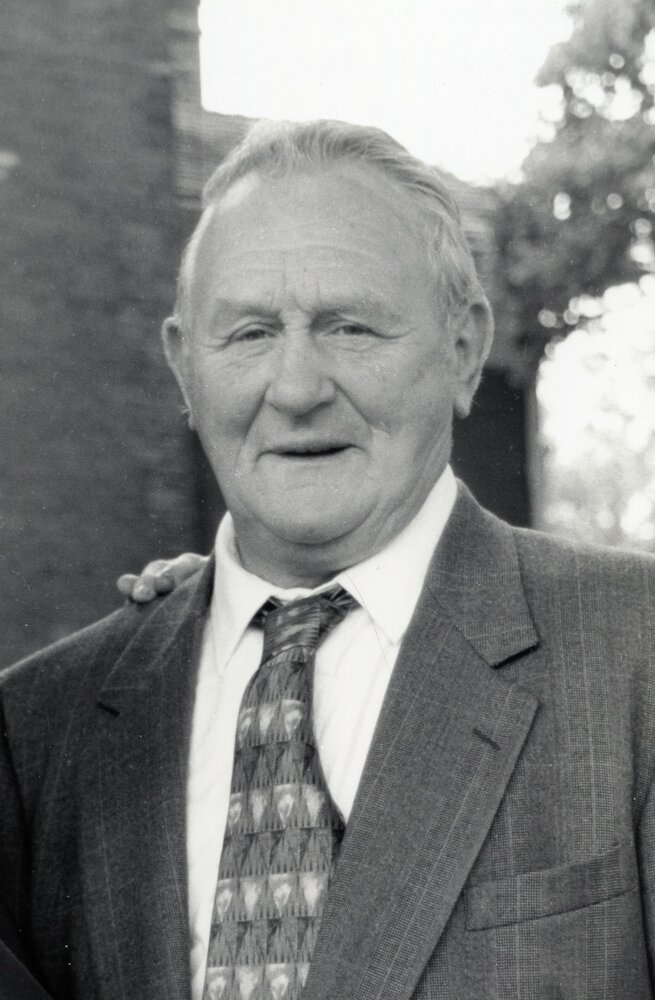 Please share a memory of Andy to include in a keepsake book for family and friends.
View Tribute Book

It is with great sadness that the family of Andy Alma announces to family and friends of his passing in his 90th year, peacefully at home on December 30, 2022. Born in Harkema-Opeinde, the Netherlands, on January 14, 1933 to Albert and Lolkje (Nicolai). Andy emigrated to Canada in June 1951 at the age of 18 with his older brother, Frank.  He was billeted out to work on farms in the Belmont and Exeter areas in Ontario. He travelled through the western provinces and down into the States with a threshing crew.  He also worked on a tobacco farm in the Delhi area before moving to the Niagara area. Andy’s lifelong aspirations were to farm.  Together with his loving wife, Pauline, they purchased their farm in Smithville in 1960.  Andy had a love for milking Holstein cows and enjoyed finding a “diamond in the rough” cow at some sales barn or back road farm to develop his own group of cows under the Almacres prefix.  Andy was also well-known for his big green IH truck that he used to haul carrots from the Holland Marsh, shavings and of course, cows.  In his later years, he took on the role of land developer and managed the development of his own acreage. Andy was married to Pauline Gilroy (d. 2022) for more than 62 years.  They raised a family of three daughters Linda, Jane, and Patti.  All were involved with working on the farm. Loved and missed by his daughters Linda (George) Novakovich, Jane (Tom) Naylor, and Patti (Michael) Kearse.  Cherished Papa to grandchildren Colleen and Andy. Andy had six siblings - the late Frank (Henny), Rennie (George) Pot, the late Allan (Marijke), John (Heather), the late Eize (infant), and Eize (Boukje).  Uncle Andy will be missed by his many nieces and nephews. We would like to thank Andy’s medical team (Dr. Mike Dzingala, St. Elizabeth nurses Barb and Shania) and PSWs from Just Like Family (LeeAnne, Carolyn, Danielle, Priscilla, Shannon) and Right at Home (Barbara, Beata, Suneela). Visitation will take place at St. Anns Community Church, St. Anns from 10:00am-12:00pm on Saturday, January 7th, 2023. Funeral Service to follow the visitation at the Church. Burial to take place at a later date. Donations to Mennonite Central Committee or Niagara Christian Gleaners would be appreciated and if desired can be made through the funeral home, merritt-fh.com (905)957-7031

Share Your Memory of
Andy
Upload Your Memory View All Memories
Be the first to upload a memory!
Share A Memory