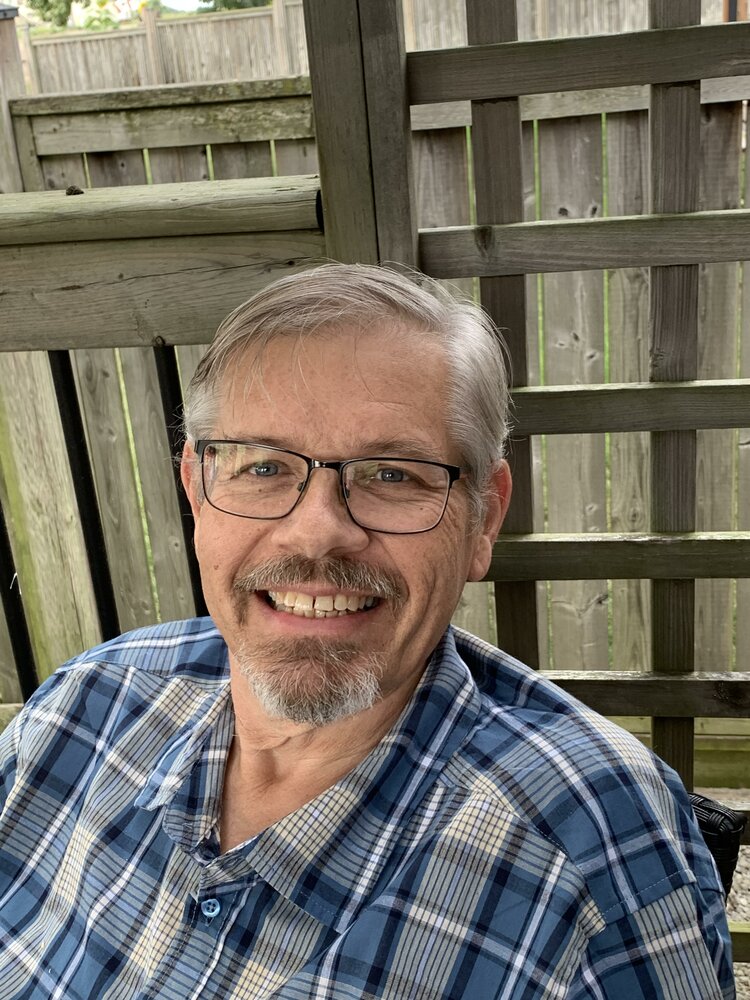 Please share a memory of Richard to include in a keepsake book for family and friends.
View Tribute Book

It is with heavy hearts we announce the passing of Richard Howey on December 20, 2022, in his 64th year. Husband and best friend and love of his life to Cathy Howey (nee. Coates). Richard is survived by his mother Phyllis and is predeceased by his father Gerald Howey. He will be missed by his siblings Nancy Miedema (Rick) and Kevin Howey (Rhonda). Richard will be remembered by many other extended family and friends  Richard was born in Tillsonberg, Ontario and spent his early years growing up in Alymer Ontario. He moved to Smithville in the late 1990’s. He worked for 22 years at Sunrise Spas as a Product Development Manager. Richard was President Elect for the Kiwanis Club of West Lincoln Service Club. He was very involved as a member of Smithville United Church.  Richard was a proud pet owner of Emma, Cindy, Miss Minn, Frank the friend, Daisy and Lucas.. Richard was a Toronto Maple Leaf fan and enjoyed watching NASCAR racing. A visitation will take place at Smithville United Church, 116 West Street, Smithville, on Tuesday, December 27, from 11:00 am– 1:00 pm. A funeral service will take place at the Church following the visiting at 1:00 pm. Donations to Community Care or Smithville United Church would be appreciated and if desired can be made through the funeral home, merritt-fh.com(905)957-7031