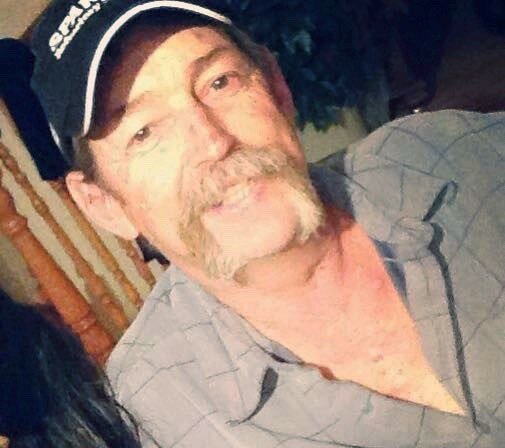 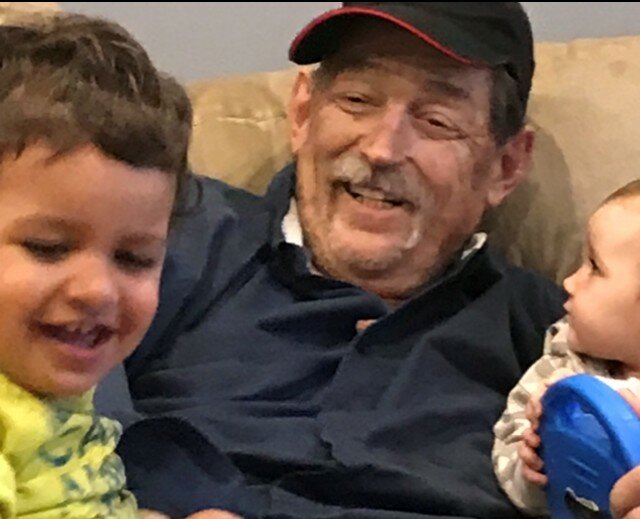 Please share a memory of Bruce to include in a keepsake book for family and friends.
View Tribute Book

On September 8, 2021 in his 67th year our Heavenly Father called his child, Bruce Edmund Ecker into eternal rest after a lifelong battle with kidney disease and a courageous battle with cancer. Loving husband of Cheryl (Simmons) of 47 years, Loving Dad of Bernadette, Rick, Brandon and Michelle. Beloved Grandfather of Dylan, Brendan, Cherylee, Aleda, Tyler, Callum and Spencer. Cherished Papa to Luca and River. Dearest son of Joyce and the late Gordon Ecker (2020). Loving brother of Reg and Karen Ecker, Shirley Grant and Lorraine Purnell and Sue and Ron Chapman. Brother in law of Sharon and Paul Gillmore, WT Simmons, Brenda and Lyle Brenzil, Lynda Simmons and Gary Boyko, Art and Gail Kool. Will be dearly missed by many nieces and nephews, Uncle Wayne Fralick and many cousins. Fondly remembered by special friends John and Jenny Moskwa, Tim and Sandy Skene and Tony and Linda Mous and Godchildren Jennifer, Scott and Matthew. Predeceased by parents in law Bill and Eileen Simmons, sister in law Marilyn Kool, brother in laws Steve Kinzel and Bill Grant and nephews Michael Kinzel and Chris Boyle. The family would like to thank Dr. Trelavan and Dr. Matt for their compassionate care, understanding and listening to his needs. A special thank you to the many health care nurses who have come into our home to provide the necessary care needed. In lieu of flowers, a donation to the Kidney Foundation would be appreciated and can be made through Merritt Funeral Home. As per Bruce’s wishes, cremation will take place and there will be no service.

It was December 17th. Mothers always remember important dates. There was not any joy on that ride home from the doctor’s office in Dunnville. A two-year-old Bruce Ecker would not make Christmas, the doctor said. But Bruce Ecker wasn’t big on doctors’ opinions. So, he lived 64 more Christmases, and he would go on making anything his imagination could think and his hands could mold – not the least of which was a happy life for those of whom he loved and those who loved him.

How do you go about living 64 years you are not supposed to live? Bruce started with fearlessness and resilience. As a Grade 5 he climbed a tree, hauled down a beehive, and carried it to school. He placed the hive in the school, and as the day warmed, the buzz of bees filled the classroom. At seventeen, he hitchhiked from Wellandport to Vancouver Island and back by himself; at twenty-three he had his first kidney transplant; at thirty-nine he had his second transplant (half of the fear shared with his brother, Reg, who donated Bruce his kidney); and somewhere in there he married into the Simmons family, which would take no end of courage and patience. Bruce’s strength was epitomized in how he bore his suffering with reticence and dignity. After years of appointments, dialysis, transfusions, and surgeries, he found meaning in what he was capable of rather than finding misery in what he was limited by.

Bruce’s industriousness and creativity certainly seemed limitless. His garage was a messy, magical place of invention and possibility, where he hewed oak trees from his father’s bush into cupboards, furniture, trim, and bowls. He masterminded a menagerie of thirty-eight hundred rabbits and eighteen hundred pheasants, chickens, turkeys, and silkies. Bruce even designed and engineered an incubator for a hatching display for the West Lincoln Poultry Fest and the Binbrook Fair. It was an exciting curiosity for children to witness the chicks free themselves into the world. (One mother asked him how he got the chicks in the eggs.) And that was the way with Bruce’s hard work: we were all – at one time or another – the beneficiary of his talent and fastidious care for his craft. He was selfless with his time and his energy. If there was work to be done, he wanted to be the one helping you, and he asked nothing in return. But he was so giving that he inspired you and made you feel worthy in returning the favour. Even when work was perfunctory, he worked enduringly. He was employed at Grefcan – it will always be Grefcan to those in Smithville – for 45 faithful years.

It was simply fun to be around Bruce. We loved his self-deprecating anecdotes of his mishaps and misadventures. Whether he shot himself through the finger with his brand-new brad nailer, cut himself on the lathe and used the blood to stain the wood, sat on his goal skate long enough for it to pierce through his hockey pants and puncture his buttocks, or hooked a lure through his palm from a flopping fish, he told his tale through a crooked smile and ended it with a coy shrug of the shoulders. We giggled at his inability to annunciate “pillow,” “aluminum,” and “kindling.” If you happened one of his young nephews, you learned to appreciate with alacrity his thigh-high collection of page 3 Sunshine girls. And he had a quick wit, like the time he told a telemarketer there wasn’t any point in coming out to the farm to clean the ducts because all they had was chickens.

In today’s age of fast cars, FaceTime, and 5-G, we could hardly imagine a young man walking all the way from Bismark to Smithville to court a pretty girl. But Bruce was a romantic and Cheryl was his love, and those long walks turned into a wonderful life-long journey filled with the depth of love that endured through easy times and Bruce’s difficult adversities. His love for Bernadette and Brandon is echoed in the way they paint a portraiture of a dedicated advisor, teacher, and mentor. You really saw Bruce at his best with his grandchildren and great grandchildren, from Dylan to River. At family functions he always had a baby in his hands. He kissed better than any president, tossed them in the air, bounced them on his knee, and tickled them to laughter. Luca and River affectionately called Papa “The Candyman” because they would circle him with curiosity and pat his pockets looking for the hidden sweets he always carried.

In so many ways he could enrich your life. If you happened to be lucky you found yourself in the quiet and crisp and blackened night of Jack Lake, and he convinced you to put down your book and to pick up a rod and reel, and he taught you how to be patient and how to fight when things got tough. He taught you how to fight and live like you wanted 64 more Christmases.