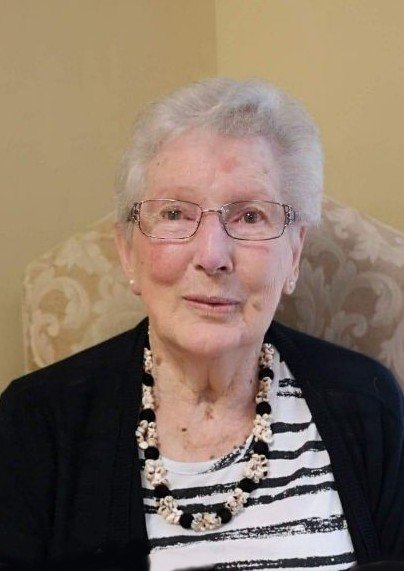 Please share a memory of Hetty to include in a keepsake book for family and friends.
View Tribute Book

Van Huis, Henriette (Hetty) On Thursday May 20,2021 our Heavenly Father peacefully called home His faithful child, our Mother, Grandmother and Great Grandmother, Hetty Van Huis at the age of 87. Hetty was the faithful wife of Ben Van Huis for 60 years before he was called home in 2015. She will be missed by her sister in law Joanne Van Huis as well as her children Harold Van Huis, Henriette and Peter Buitenwerf, Darlene and John Izon, Ben and Charlene Van Huis. Hetty was a loving grandma to 13 grandchildren and 23  great grandchildren. Hetty was born on September 29,1933 in the Netherlands . Mom and Dad immigrated to Canada in 1958 as husband and wife. They enjoyed many years in Hamilton and later in Smithville actively involved in church and school. Mom especially enjoyed her church family in Wellandport URC. As mom’s earthly tent slowly became weaker Mom was able to receive care at Shalom Manor where she could enjoy the activities and worship. As family we would like to acknowledge the tremendous loving care Mom received at Shalom Manor. This past year has been difficult as Mom lost her ability to walk and as her body became weaker her Spirit and love for the Lord did not waver. And so as family we have peace. A private family service will be held on Tuesday May 25, 2021.