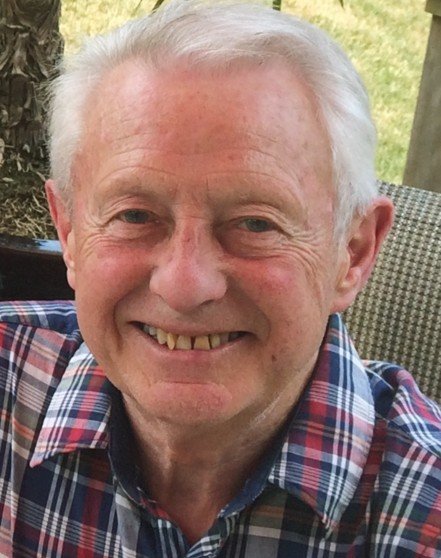 Please share a memory of Ronald to include in a keepsake book for family and friends.
View Tribute Book

Born in Ballymena, Northern Ireland on July 22, 1945, Ronnie, as all from home call him, told his daughters stories of playing footie, hanging around the Flamingo Ballroom and placing few bets on the horses from time to time.    Ron came to Canada in the early 1960’s and met the love of his life Margaret shortly thereafter.  Together they started a family in Hamilton and later moved to Caistorville to raise their three daughters.   Later in life Ron could be found teaching his grandchildren how to play cribbage or fish.  He was his grandkids biggest fan and enjoyed cheering them on at the rink, on the field or stage. Ron passed away on Wednesday, May 6, 2020.  He is predeceased by his wife Margaret and his youngest sister Janice.  Here in Canada, he is survived by his daughters Heather (Brian), Judy, and Melissa (Jim), and 7 grandchildren Jack, Allison, Emma, Katherine, Natalie, Christos and Daphne.  In the United Kingdom, Ron is survived by his sisters Jean and Mary, and several aunts, uncles, and cousins.  Given the current circumstances no service will take place at this time.  The family would like to thank the LHINs in Niagara and North Simcoe Muskoka for the incredible care dad received. A special thank you to Doctors Weatherdon, Marshall and Kent as well as the staff at Algonquin Grace Hospice.