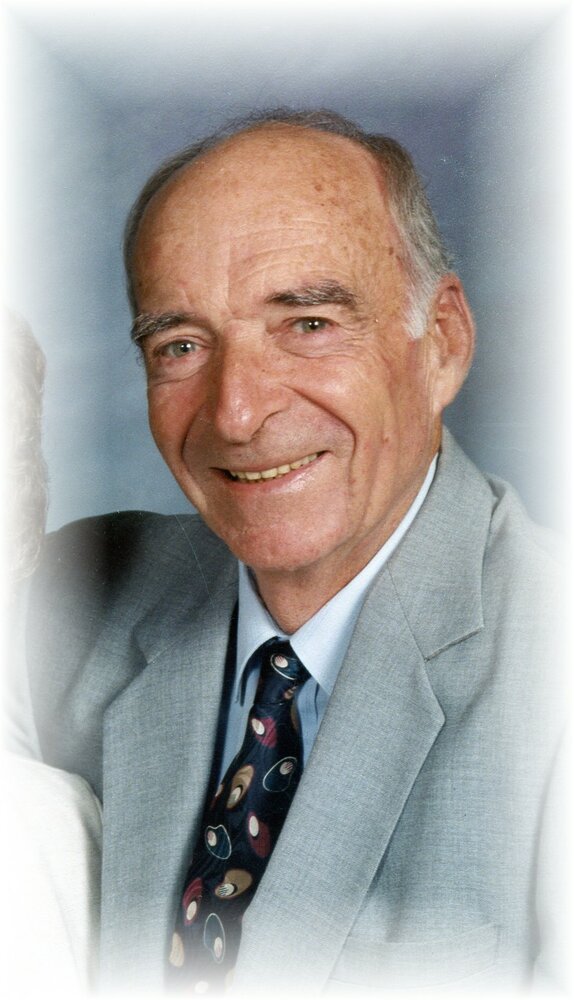 Please share a memory of William to include in a keepsake book for family and friends.
View Tribute Book

Peacefully at Dr. Bob Kemp Hospice on Monday, June 27, 2022, William Robert “Bill” Shrum passed away in his 90th year with family by his side.  Beloved husband of Janet Shrum of 65 years. Cherished father of Robert (Shari), and Barry (Christine). Loved grandfather to Riley (Jon), Aaron (Jessica), Rane, and Matthew (Taylor).  Remember by his great grandchildren Deacon and Jillian. Predeceased by his parents Charles (1955) and Mabel (1988). He will be dearly missed by his cousin Laurna Jane (Ian). Bill was a dedicated employee to Otis Elevator in Hamilton for 30 years. Following that he enjoyed a career with the Township of West Lincoln for many years where he was the Zamboni driver for many hockey seasons. Bill was an avid poultry fancier and judge throughout North America for 46 years. Visitation will take place at the Merritt Funeral Home, 287 Station Street, Smithville on Wednesday from 5-8 p.m. A private family funeral will be held followed by an interment at Smithville United Church Cemetery. If desired, memorial contributions to the Smithville United Church or Dr. Bob Kemp Hospice would be appreciated by the family and can be made through the funeral home, merritt-fh.com.