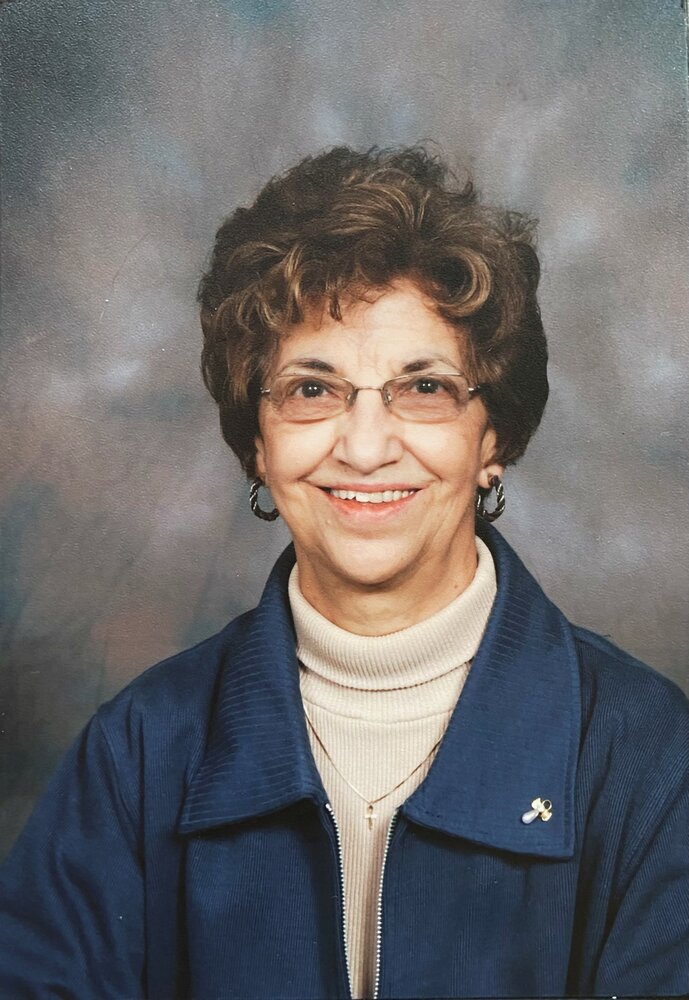 Please share a memory of Loretta to include in a keepsake book for family and friends.
View Tribute Book

MEGO, LORETTA MARGARET (nee. Cormier): It is with heavy hearts that we announce the passing of Loretta Mego on Sunday April 3, 2022 in her 85th year. Beloved wife to the late Anthony Mego (2015). Loving devoted mother of David, Beth, and Brian (Chris). Cherished Nana to Michael, Christopher (Shania), Aaron (Brittany), Amber (Eric), Erika, Jeff, Justin and Ashley. Great grandmother to Aurora, Emma, and Abel. Predeceased by her grandson Austin Davis. Beloved sister of Rita, Lorraine, Corrine (Jerry), Barbara (Jim), sister in law to Sandy and brother in law to Ron. Predeceased by siblings Eric (Ellen), Janet, Roger, and brother in-law Paul (Jean). She will also be remembered by many extended family and friends. Visitation at Merritt Funeral Home, 287 Station Street, Smithville on Wednesday, April 6 from 6-8 pm. Father to lead prayers at 6 pm. Mass of Christian Burial will take place St. Martin of Tours Roman Catholic Church, 166 West Street (Regional Rd 20), Smithville on Thursday, April 7 at 11 am with interment at the church’s adjoining cemetery. Special thanks to Dr. Joan Bellaire and the Staff at The Jacob Senior Living for the extraordinary care and compassion they have extended to Loretta and our family. If desired, memorial donations to the Help A Child Smile would be appreciated by the family and can be made through the funeral home (905) 957-7031 or merritt-fh.com