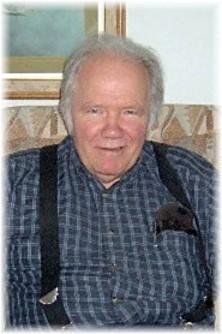 HUBBS, JACK:  It is with the deepest and most profound sadness that we announce the passing of John (Jack) E. Hubbs at West Lincoln Memorial Hospital on Saturday, April 29, 2017.  Jack was the loving husband of Helen Zywicki, father of Lisa Botten (Derek) and Kevin Hubbs, and dear brother of Marg Pattinson (predeceased) and Wayne Hubbs (Luisa).  He will also be missed by Janet Rutherford.  Jack was employed by CN for 18 years in Brantford and Hamilton and then founded Galaxy of West Lincoln, making him one of the first railway contractors in Ontario, working in the Maritimes as well.  He owned, raced and loved standardbred horses later in life.  He was also known for his infamous mongoose and his tales about the jackalope.  We'll miss his original sense of humour.  Thank you to the United Mennonite Home in Vineland and the nurses and doctors on C Ward at West Lincoln Memorial Hospital.  Private family service.  If desired, donations in Jack's memory can be made to Hotel Dieu Shaver Parkinson's Program, or a charity of your choice, through the funeral home.

Share Your Memory of
John
Upload Your Memory View All Memories
Be the first to upload a memory!
Share A Memory
Plant a Tree